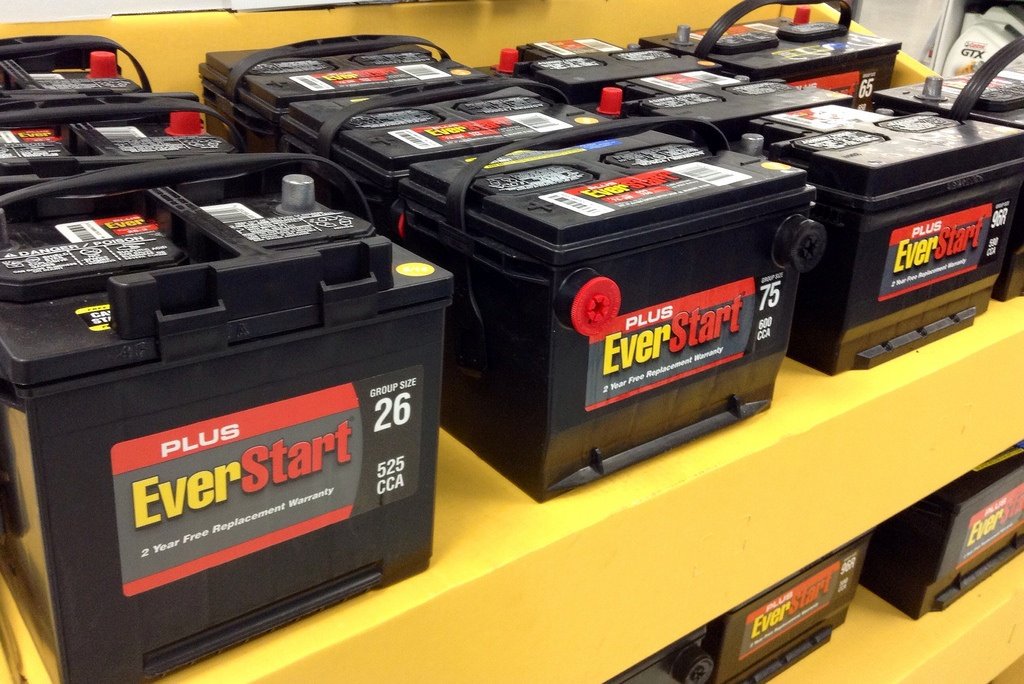 A Field Guide to the Chemicals In Your Car Battery

Car batteries use chemical reactions to produce electric currents. The typical car battery is far more complex than you might think, consisting of several different chemical compounds and electrical circuits. Which chemicals are responsible for converting their energy into the electrical charges that actually make a car run?

Traditional Lead-Acid Batteries
Gas-powered automobiles are most commonly outfitted with what are known as “lead-acid” batteries. These batteries are cost-efficient and have a relatively high power-to-weight ratio which makes them perfect for commercially produced vehicles.

Lead-acid batteries consist of (at least) two lead plates separated by a chemical solution generally made of 30-50% sulfuric acid, a.k.a. “battery acid.” When fully charged, the battery’s negative plate is solidly lead, the electrolyte is concentrated sulfuric acid, and the positive plate consists of lead dioxide.

When the battery is discharged, electrons move through the solution from the negatively charged plate to the positively-charged plate. If the battery has become fully discharged (“dead”) then both plates will have become lead sulfate, separated by a solution of water.

Electric Vehicle Batteries
Electric vehicle batteries are far more varied than those used in traditional fuel-powered vehicles. Although some EVs are still made to run on lead-acid batteries, process improvement in the production of alternatives are making them a more viable alternative.

Lithium-ion batteries are perhaps the most promising. These batteries consist of a lithium cobalt oxide cathode paired with a graphite anode. The addition of chemical substances such as phosphates and titanates has been shown to lengthen the lifespan of lithium-ion batteries; likewise, chemicals like lithium vanadium oxide and silicon are continually being tested for their use in improving energy density.

Zebra batteries are relatively new to market and use a chloroaluminate sodium as their electrolyte. While they do boast high energy density, they have a relatively low power density and must be heated in order to charge.

Nickel-Metal hydride batteries are a mature technology. They have a very high energy density. The metal portion of the electrode can be made up of many substances, from neodymium to lanthanum to cerium. Other commonly-used metals include nickel (hence the name), cobalt, aluminum, and manganese. The electrolyte used in these kind of batteries is alkaline, typically potassium hydroxide.

Battery chemistry is fascinating, and its study has a huge and consequential impact on our world. Noah Chemicals supplies chemicals to battery manufacturers and researchers around the country; when purity is important, Noah Tech’s on-staff chemists are always ready to help.

Want to know more? Reach out to our team here.