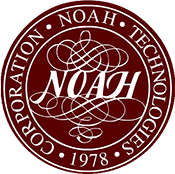 How Will Brexit Impact the Global Chemicals Industry

Even before the historic Brexit vote took place on June 23, 2016, pundits around the world were speculating on the impact the decision could potentially have on the global chemicals industry. From mining to regulatory issues, the implications were – and are – huge.

The Immediate Impact of Brexit on Chemicals

In the very short term, not much will change for Britain’s chemical industry, or the global industry at large. As the expected transition from the EU isn’t set to happen for at least a year, Britain is business as usual. Unfortunately, the biggest short-term impact for British chemical manufacturers and exporters lies in their own marketability. Already faced with increasing pressure to lower costs and turnaround times in the face of faster, bigger US chemical companies, British holdouts will now have an even more uphill battle to fight as they vie to win business. It doesn’t help that Britain’s island location already made transporting and exporting chemicals internationally rather strenuous.

Brexit and the Long Term Future of Chemicals

The larger concern, of course, is how Britain’s chemical providers and purchasers will weather the changing regulation climate. If Britain leaves the EU, for example, without first negotiating a new Free Trade Agreement for trade countries, the chemicals industry stands to lose an astounding seven billion pounds overnight. Currently, Britain exports over 55 billion pounds’ worth of chemical goods abroad each year.

If Britain does in fact leave the European Union, will it still operate under the REACH (Registration, Evaluation, Authorization, and Restriction of Chemicals) regulatory standards outlaid in 2006? REACH has long been thought to be most burdensome for small- to medium-sized businesses, and many in Britain relish the opportunity to operate out from under its thumb. Globally, though, it’s unlikely end-users will be keen on the unknowns that come with buying chemical products without overarching governmental regulatory protections.

The broader question is whether or not an interruption of Britain’s free trade would strike immediate volatility among chemical markets worldwide. If Britain ceases to be a major player in the international chemicals market, a ripple effect will be felt from supply chain to R&D sides worldwide.

It’s too early to know exactly how Brexit will shake out, or even whether it will actually happen at all. What is known, however, is that the chemicals industry makes up an incredibly large part of Britain’s economy, and that the nation’s contributions to the global chemical field would be sorely missed if they came into question. Only one thing’s for sure, and that’s that Brexit is not only a purely British concern.

Here is our FAQ’s.