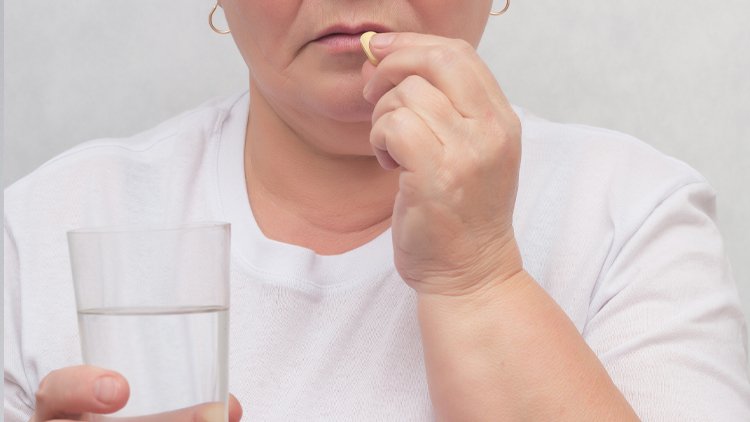 Potassium Iodide, otherwise known as KI, is a salt of stable iodine used mainly to block radioactive iodine from being absorbed by the thyroid gland. It prevents thyroid gland radiation injury.

KI is also used to treat those dealing with breathing challenges as it breaks up the mucus to clear airways.

What is Potassium Iodide (KI)?

KI is the potassium salt form of iodide which is a naturally occurring substance. Commercially, potassium iodide is created by combining potassium hydroxide with iodine.

While potassium iodide is used for the iodization for salt and is used for some industrial purposes, its primary use is as medication and as a dietary supplement.

Potassium iodide comes in both tablet and solution as a prescription and an over-the-counter (OTC) medicine.

One of the most common uses of potassium iodide is to help those who struggle with breathing difficulties due to congestion.

Mucus secretions can build up in the respiratory tract causing breathing problems, especially with those who deal with chronic respiratory issues like chronic bronchitis, asthma, and emphysema, or other long-term lung problems.

Potassium iodide is an expectorant. This means it thins out mucus secretions within the respiratory tract by loosening and breaking up mucus. This, in turn, helps those with congestion cough up mucus, so they can breathe more easily.

Perhaps the most substantial medical use of potassium iodide throughout history is for thyroid protection. It’s used to protect the thyroid gland from radiation injury prior to the administration of radioactive iodide (diagnostic reasons). It’s also used following administration.

According to the U.S. Center for Disease Control and Prevention (CDC), “KI (potassium iodide) is a salt of stable (not radioactive) iodine that can help block radioactive iodine from being absorbed by the thyroid gland, thus protecting this gland from radiation injury.”

In 1982, potassium iodide was approved by the U.S. Food and Drug Administration (FDA) to protect thyroid glands from radioactive iodine due to fission emergencies or accidents.

Dangerous radionuclides can be released from accidental nuclear power plant events or nuclear bomb fallouts. One of the most dangerous compounds that may be released in this type of event is iodine-131 since it can lead to thyroid cancer.

By saturating the body with stable potassium iodide prior or following exposure, iodine-131 tends to be excreted which prevents oversaturation of radioiodine in the thyroid.

Just 4 years after the FDA approval of potassium iodide to protect thyroid glands from radiation exposure, the 1986 Chernobyl nuclear reactor disaster occurred. The disaster created a massive wave of dangerous radiation to the surrounding areas, including exposure of the dangerous iodine-131 compound.

Potassium iodide, in a saturated solution (SSKI), was given to 7 million adults and 10.6 million children in Poland to prevent the accumulation of radioactive material in the thyroid gland.

Over time, people living in irradiated areas where potassium iodide wasn’t available developed thyroid cancer at epidemic levels, while those given KI were protected.

The FDA reports, “The data clearly demonstrates the risk of thyroid radiation… KI can be used to provide safe and effective protection against thyroid cancer caused by irradiation.” (US Food and Drug Administration, FDA Talk Paper: Guidance on Protection Against Thyroid Cancer in Case of a Nuclear Accident).

Potassium iodide is helpful in protecting the thyroid in instances of non-emergencies. For instance, KI is used to treat an overactive thyroid, also known as hyperthyroidism. It’s also used to treat a skin condition known as sporotrichosis.

KI is also used in conjunction with other antithyroid medicines to ready the thyroid gland to be removed surgically. In this scenario, it works by decreasing the amount of thyroid hormones produced and by shrinking the overall size of the thyroid gland.

Potassium iodide is also used as a nutritional supplement in both animal feeds and the human diet.

Ki is commonly used as an additive to help “iodize” table salt. This is a public health initiative to help prevent iodine deficiencies in parts of the world where the population eats little seafood.

If you’re looking for pure, safe, top-quality chemicals, Noah Chemicals can help. We’re dedicated to providing our clients with only the purest chemicals. To speak with a qualified chemist about custom chemicals and bulk ordering, contact us today!