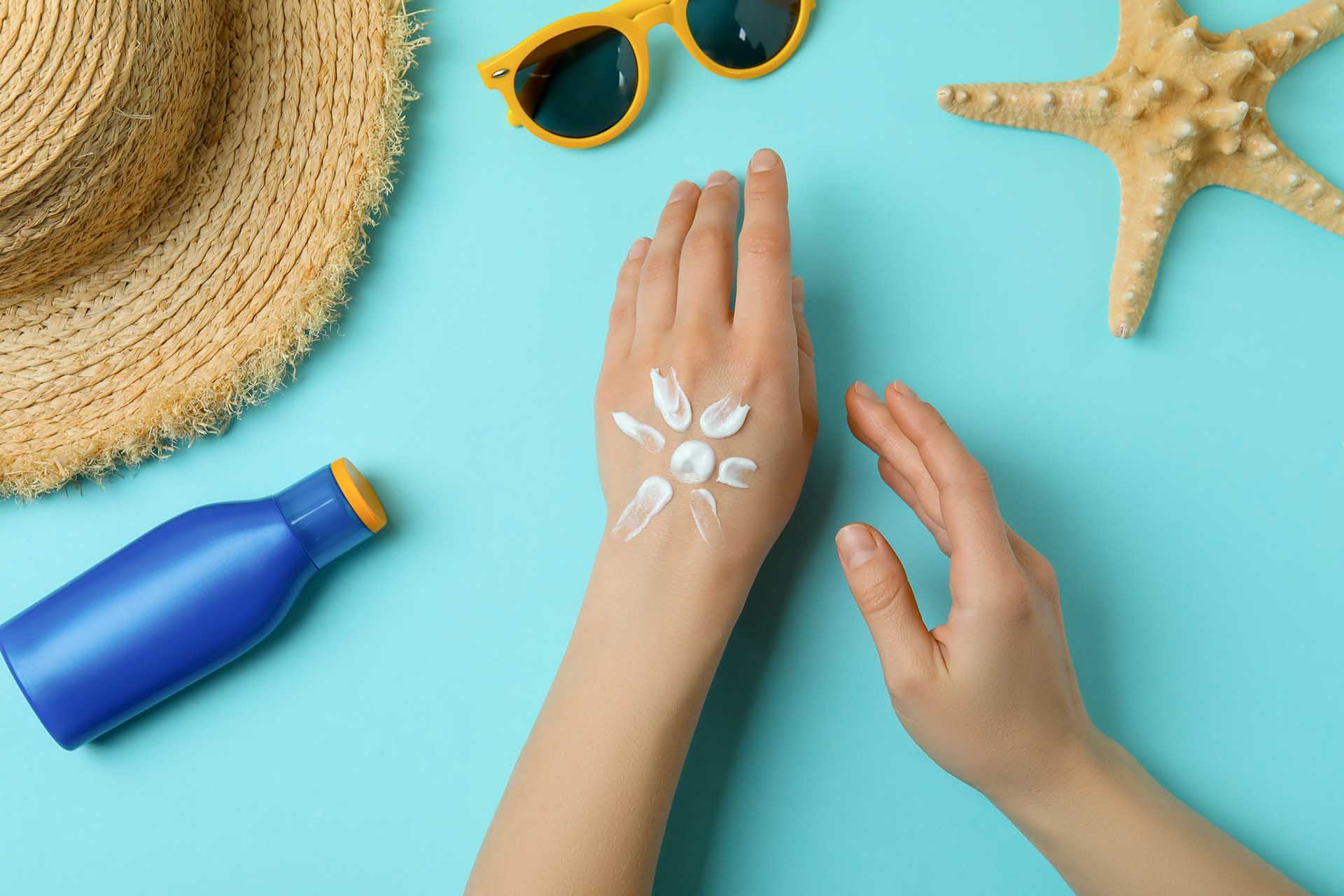 The Chemistry and History Behind Sunscreen

How Science Keeps Your Skin Safe

Soaking up the sun is one of summer’s most time-honored traditions. When the weather heats up, we turn to heading outdoors and enjoying the sunshine. Unfortunately, spending some fun in the sun is not without its drawbacks. Most of us are made aware from an early age that the sun’s UV rays can be dangerous, and that it’s important to protect our skin – not only from painful burns, but from the possibility of skin cancer. As a result, a tube or can of sunscreen is probably an essential component of your trip to the beach, the lake, or the local swimming pool.

While sunscreen might be part of your daily routine in the warmer months, you may not have given much thought to the history behind it, or how it’s made. In fact, sun protection has been part of civilization for thousands of years. Indigenous peoples rubbed mud on their skin to form a barrier against the sun (as well as against stinging insects). Other ancient forms of sunscreen included olive oil, rice bran, and even mixtures made with pine needles.

An Austrian chemist named Franz Greiter is generally credited with being the first person to successfully invent sunscreen as we know it in the late 1930s (although several other chemists had experimented with creating sun protection products earlier that decade). Nearly a century later, consumers have hundreds of different options at their disposal when it comes to choosing which sunscreen is right for them. Generally speaking, however, sunscreen can be divided into two categories: organic and inorganic (mineral) sunscreen.

Organic sunscreens are absorbed by the skin, and are made from carbon based chemical ingredients that break down relatively quickly when exposed to radiation. As a result, they don’t last as long and need to be reapplied often. Inorganic (mineral) sunscreens, on the other hand, are made of chemicals that are more effective at completely blocking out radiation because they form a barrier on the skin, rather than being absorbed into it. They are also more impervious to physical elements, such as water.

Inorganic sunscreens are made up of two main components of metal oxides, zinc oxide and titanium dioxide. Zinc oxide is the thick white paste that you see on the noses of lifeguards at the beach. It provides 100% protection against harmful radiation, which is why those who spend long periods in the sun often depend on it. Titanium dioxide is equally powerful, but is used in very small particle sizes and mixed in a cream so that the white shade blends more easily.

While its formulations have become more sophisticated over time, the general purpose of sunscreen remains the same – to protect against harmful ultraviolet light. Noah Chemicals is a trusted supplier of both zinc oxide and titanium dioxide to the pharmaceutical industry. We provide the materials that these companies need to develop products that allow people to enjoy the sun while still keeping safe.

For more information on how Noah Chemicals can provide your business with the right chemicals please contact us.