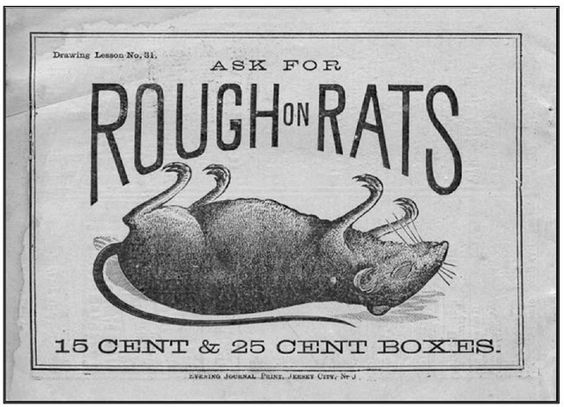 The Colorful History of Thallium Sulfate

Thallium Sulfate has a long history, particularly as an ill-advised medical treatment. The compound – also known as thallous sulfate – is represented as (Tl2SO4). It is, simply, the sulfate salt of thallium in its most common +1 oxidation state, and while it’s colorless and odorless, it’s also highly toxic.

The History of Thallium Sulfate
Thallium – derived from the Greek word thallus which means “green bud” – was discovered in 1862 through testing of sulphuric acid that resulted in a green flame. For decades after, the compound was often used as a rodenticide and sometimes as an insecticide. In the 19th and even early 20th centuries, Tl2SO4 was tested as a treatment for a myriad of ailments, from night sweats to tuberculosis. None of them worked, of course, and most patients only became sicker.

Over the years, scientists eventually determined the compound was highly toxic by ingestion and even on skin contact, although symptoms of exposure take about a week to appear. It has mostly been labeled as a highly-controlled chemical worldwide. Various thallium compounds, specifically thallium oxide, are used as critical components for both chemical and industrial applications including refraction, radiation detection, and electrical conductivity.

Controlled Usage of Thallium Sulfate
Today, thallium sulfate is highly controlled thanks to its risks. There are also known “cures” on file to counteract the effects of Thallium poisoning, most notably that of “Prussian Blue,” a complex salt made of iron, potassium, and cyanide. Today, thallium sulfate is sold by chemical manufacturers as a dense white powder which is water soluble although not particularly unstable.

Thallium sulfide is no longer used commercially as an insecticide or pesticide, and it is no longer registered as a pesticide in the U.S. Today it’s mostly saved for research applications, iodine analysis, and ozonometry. It’s an excellent source of Tl+, which is a precursor to thallium(I) sulfide (Tl2S), which exhibits high electrical conductivity when exposed to infrared.

Looking for high-purity thallium sulfate? Noah Chemicals is a manufacturer of extremely high-purity chemicals for use in research applications. Our team is available to help with your custom orders, large and small, and answer questions you may have about production, shipping, and more.